This post was sponsored by Lionsgate as part of an Influencer Activation for Influence Central. I received complimentary products to facilitate my review.

“The Choice is a beautiful, gut wrenching love story that’s about the choices we make and how the results from those choices are sometimes very unexpected.” — Julie @MomFabulous.com 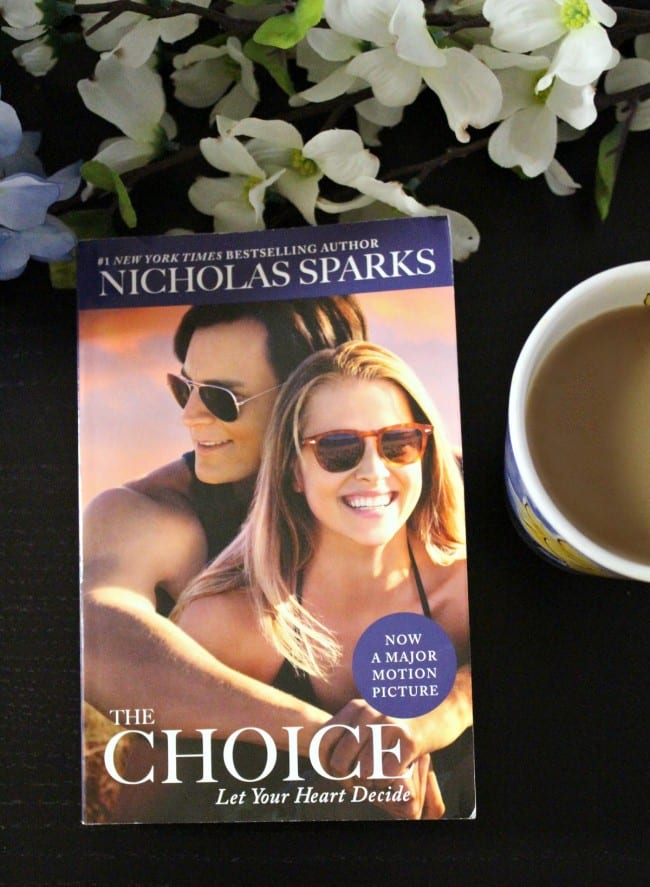 One topic I don’t cover near enough here are books and movies — two of my greatest joys in life. I set a goal for myself to read 75 books this year and I’m happy to say…I’m well on my way to meeting that goal. So far I’ve read eight books, one being “The Choice” by one of my favorite authors, Nicholas Sparks.

While I love reading and envisioning what the characters look like, as well as the setting as I’m reading the book (which Sparks does a phenomenal job at describing these important details), it’s so much fun to see the story I fell in love with unfold on the big screen. Which is why I’ll be seeing the big screen debut of Nicholas Sparks’ ‘The Choice‘ this weekend!

‘The Choice’ arrives in theaters Friday, February 5, 2016. Watch the movie trailer below to get a glimpse into the kind of love story Nicholas Sparks writes about so very well.

When feisty medical student Gabby Hollan [Teresa Palmer] moves in next door to perennial ladies’ man Travis Shaw [Benjamin Walker], they embark on a surprising romantic journey neither imagined possible. Travis has always believed a serious relationship would cramp his easygoing lifestyle, while Gabby is preparing to settle down with her long-term boyfriend—until an irresistible attraction between the unlikely couple upends both of their well-planned lives. How far would you go to keep the hope of love alive?

I don’t want to give away one of the biggest choices that had to be made in the book, but I will say I tried to put myself in Travis’ shoes. I’ve been married for almost 20 years (Wow!) and my husband and I have discussed the topic that comes up towards the end of the book. I asked myself…what would I do? And I can honestly say that I don’t know. I don’t think I would know what to do until I was in the middle of something like that. Travis made a tough decision and the end result was unexpected to me. Just like the results of some of my own life choices have been.

“Every path you take leads to another choice.” 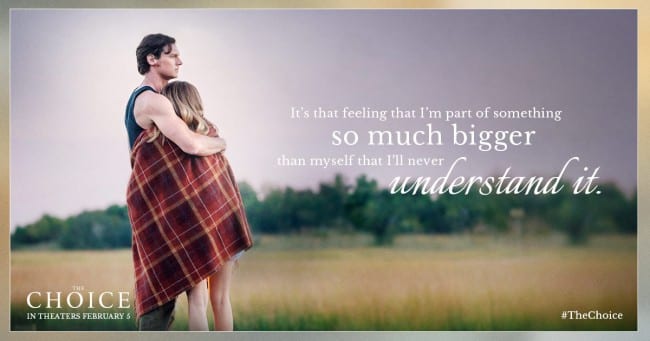 Here are five reasons to see ‘The Choice’ movie:

Have you read the book? Are you planning on seeing ‘The Choice’ this weekend? Let me know and let’s discuss in the comments below!